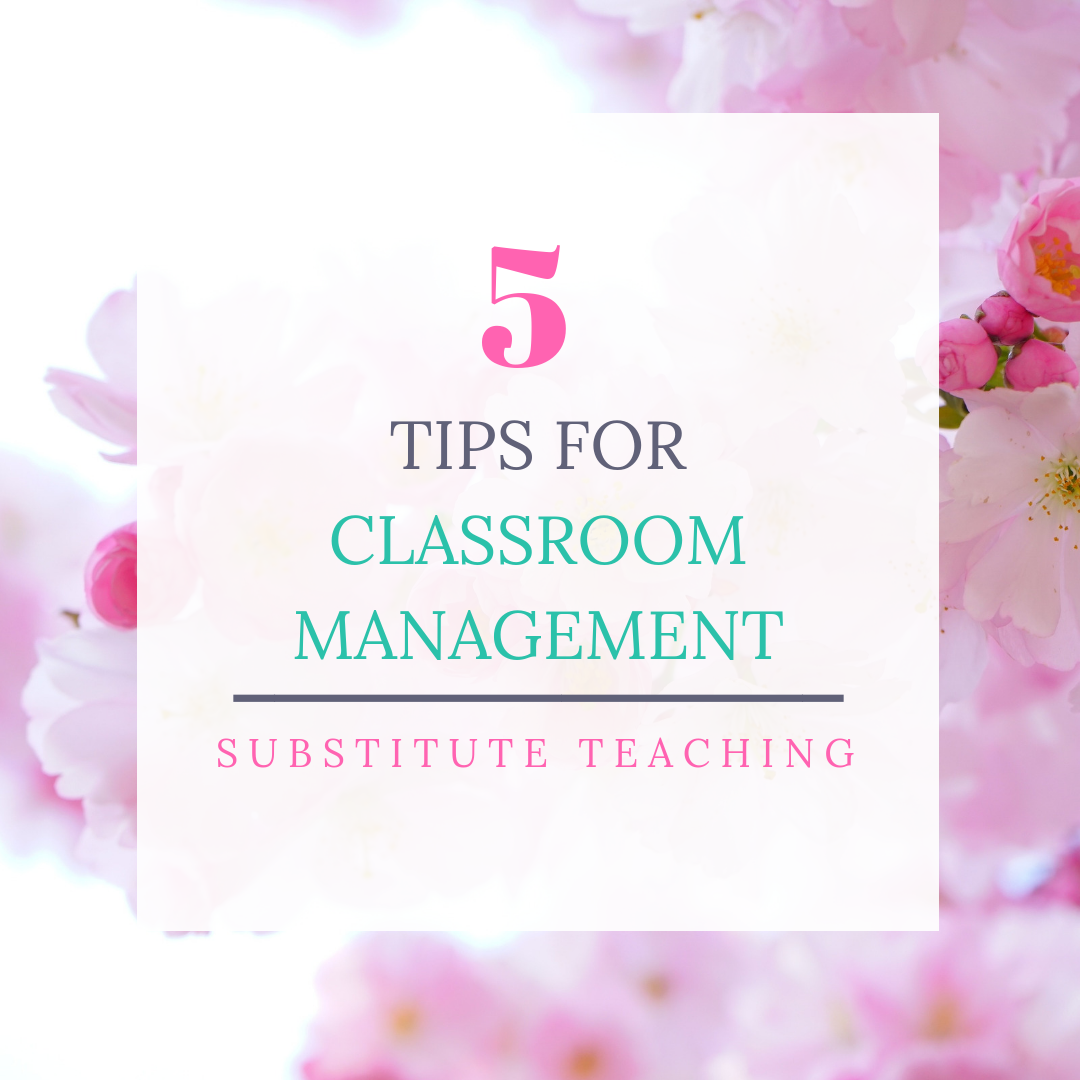 Have you ever walked into a classroom and found 20 kids running, jumping and dancing around while yelling and talking as loudly as they can?  Ha! I have!  This was one of my experiences as a Substitute Teacher.

I have been a substitute teacher for about a year now and feel like I have gotten WAY better at it.  But this article was written based on about my 7th time subbing.  I am not a teacher by trade, I am a biologist, so teaching was never really in my wheelhouse. But after raising two kids, for some reason, I thought I could handle being a substitute teacher.

Why Am I Writing This?

I am writing this because I wish someone had given me a few tips before I walked into a classroom…unsuspecting, and unarmed!  (HAHA!)

In my own home, I can take away a Kindle or iPad when my kids are acting out.  But in a classroom full of kids that I don’t know, discipline is not so easily carried out.  Especially when I don’t even know most of their names.  So here are a few ways I have found to keep control of a classroom while being a substitute teacher.  These are tips I have found that work in grades Pre-K-3rd.

A Quick Story About The Third Grade Class I Subbed For! (the class I learned two of my tips from!)

I have only subbed once for third grade!  To this day, I just don’t want to do it again.  But the day that I did substitute teach for them, I learned SO much.

The First Class of 3rd Graders

When I subbed my one and only time for 3rd grade, the kids literally walked in, looked at me and said, “yeah, she’s nice.”  They already had me pegged.

I only had each class of students for about 1.5 hours because they rotated teachers.  The first group of kids were the ones that pegged me right away.  They were the ones dancing, jumping and singing all around the classroom.  The hour and a half was highly challenging. We made it through the work the teacher had assigned, but it was not easy to get them to work independently (they really wanted me to do the work for them!). They knew I was weak!

The Second Class of 3rd Graders

When the second class of students entered, I was not standing near the door.  I was down the hall speaking with a teacher.   When I entered the classroom, all of the kids were sitting on the rug, Umm, huh? (yeah I was speechless)

This was totally different than the first group.  I asked what they were doing and they explained that they did this every Friday.  They sat on the rug and took turns talking about what they were going to do in the coming weekend.  Gee!  Interesting how the first class forgot to mention this!

But I wasn’t so lucky as to have them all remain peaceful and perfect the whole time.  No, having a substitute teacher sank in at some point.  As we went around sharing one by one, kids started talking out of turn, laying down, and not listening.

At one point there were three girls giggling and whispering through another kid’s presentation.  I walked into the middle of the carpet, bent down to look directly at the girls.  They were each separated to different corners of the carpet.  After that, things went remarkably smoothly.  But I didn’t understand why yet.

The Third Class of 3rd Graders

And then the third group came in.  They were just like the first, running around, yelling, roughhousing.  So it was another long period.  But at the end of the day, here is what I learned about control in the classroom.

Tip #1:  Take Advantage of What They Already Know

At first glance, every child that sees you in their teacher’s chair will view you at a disadvantage.  You don’t know the rules, the routine, or their names.  So how could they get in trouble, right?

Stop this in its tracks.  Don’t wait for the kids to enter, see you, and form opinions. Instead, let them all enter as they normally would without you there.  Wait down the hall so they don’t see you.  More than likely they will do what they already know.  I mean, they think their teacher will be coming in and they know what she expects.

This gives you the element of surprise and the chance to make an entrance.  Walk in with all the confidence in the world.  State who you are and what you expect of them up front.  I believe this is why be a substitute teacher in the second class of third graders went so much better than in the 1st and 3rd classes.

Tip #2:  Find A Way to Assert Your Dominance

I once met an older man who subbed and he told me that when he entered a classroom he walked in after all the kids were already there and slammed the door as hard as he could.   Now, I can see possibly doing that with older kids (like high school), which is who he subbed for, but with little kids, this would probably be excessive and scary.

But what I realized is that you do need to assert your dominance.  I made a show of my dominance and confidence in the second class by splitting up the girls who were talking and giggling.  What I did was not big, showy or mean, but it was enough for the kids to realize that there would be consequences for bad choices.

As a matter of fact, in that particular class, the students worked quietly in pairs, reading and answering questions on their own, without me guiding them through the lesson.

Leading up to it…

The outing with the guide was just like my subbing classes.  Out of control and nobody listening because we were not with their teacher and not sitting behind a desk.  It was like watching animals being let loose for the first time.

I continually tried to refocus them.  Heck, I wanted to hear what the guide was saying myself.    So, I did what I never should have done but what I would have done with my own kids.  I lost my temper.  And when I did, I lost the respect of the kids in my group.

After that, all of the kids looked at me warily (except my daughter, of course, she was very on task after that).  It was like they were just waiting for me to lose it again. The kids in that group will never view me the same way, and the person they see now is not the person I want them to see when they look at me.

There are better ways to handle the chaos.  Learn them before you start subbing!

Be patient, be calm, and move on from the things that try to send you over the edge.

Not every classroom is full of heathens. Some kids are very well-behaved. They know the routine and can help you when you need it.  In all of the classes I have subbed for, there have been at least one or two kids that were recommended to me either by a teacher.  These kids were a huge help.  Write their names down and use them as your “go to” when you have questions about how things are done in the classroom.

Let’s face it, this is a part-time gig and you probably will be in a different classroom every time.  So why you gotta be so mean?  Well, you don’t.  Be nice with the kids.  Find a balance between keeping the room calm and safe for the kids and having a good time with them.  Find out some fun facts about them and divulge some about yourself.  Play some games if you have time at the end of the day.  Enjoying your time with these kids will keep you motivated to go back!

I hope these five tips are something you can use to help make your substituting days less chaotic!  For me, these are the things that I have found can survive a day of Substitute Teaching.  Until next time!  Be Patient. Be Calm. Move On.

Julie Hazard
As a Stay At Home Mom... parenting, organization, kid's activities and blogging have all become my passion and I want to share what I have learned with you! Browse my site or follow me on social media! 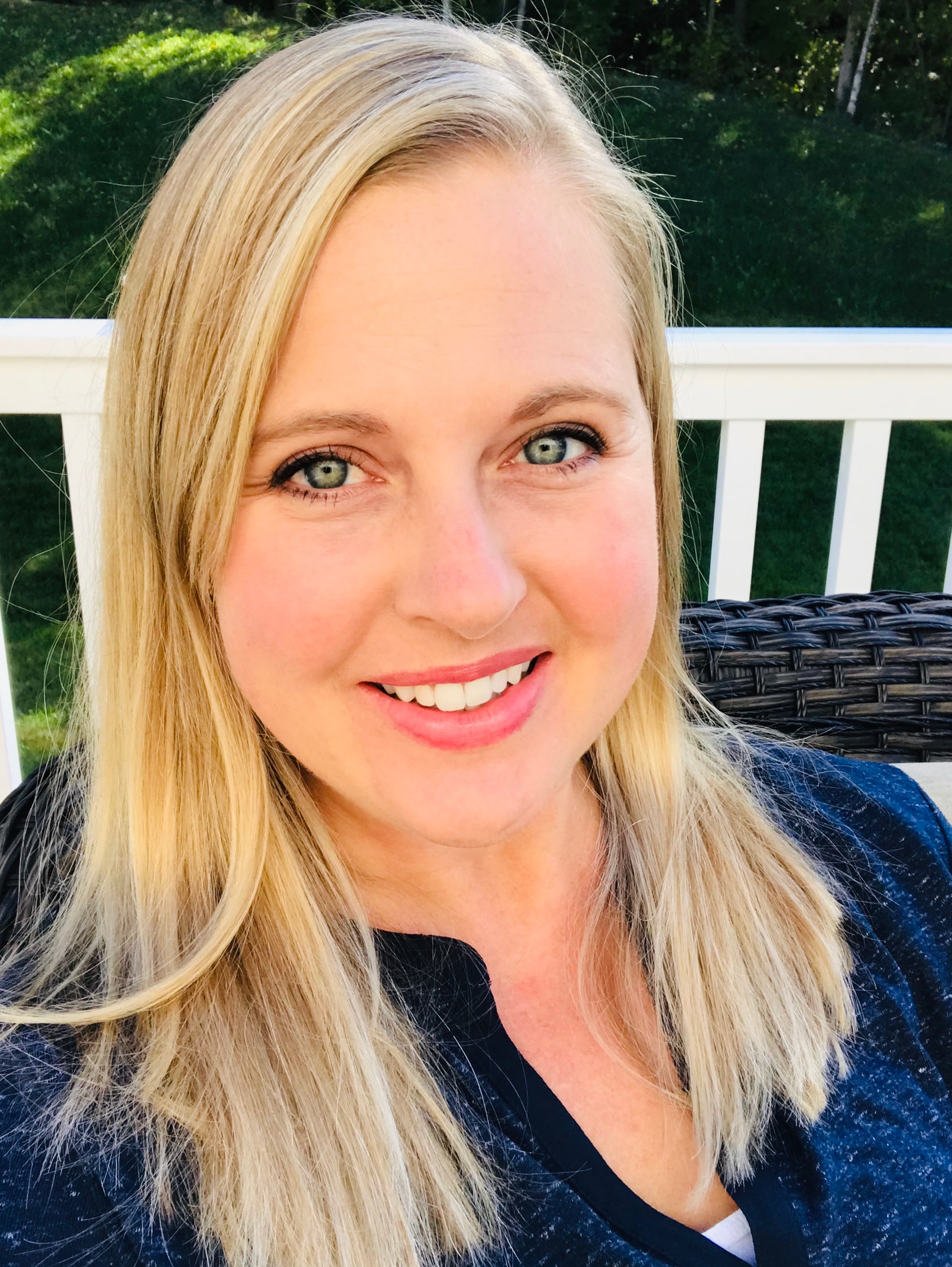 Hi, I'm Julie. While staying home with my kids, I also found time to home school, start a blog, and still get all the other "mom things" done during the day. Now through my experience, I want to help you navigate the waters of being a mom with practical solutions for you and your family.Read more...